Our Dog is a Dogtor… Sciences proves it!

Unconsciously we know already that our dogs can be an amazing Dogtor.

Aside from providing us with companionship and entertainment here are just a few countless mental and physical perks of being a dog parent.

10-15min with your pets to feel more relaxed and calm. Playing with your dog raises your brain's levels of dopamine and serotonin, which are neurotransmitters that are associated with pleasure and tranquility.

Dogs are better than medicine

Dog owners have been found to have lower cholesterol, lower blood pressure, fewer heart attacks, according to a study by the British Journal of Health (2004)

He encourages you to exercise more. What ever is your mood or the weather.

The Journal of Physical Activity and Health (2010) concluded that dog walkers generally walked about an hour longer than their non-dog walking counterparts!

Dog help you to be more social

A study by Britain’s Warwick University found that 40% of people reported making friends much easier as a result of owing a dog. Have you check our Blog about "8 Facts you should know about dating a dog lover"

According to a study from Suny Buffalo (2006) 240 married couples with dogs were subjected to various types of stressful tasks where they were either alone, with their spouse or were able to see their dog before or after the task. Unsurprisingly the lowest responses to stress were among those who were allowed to see their dog. Maybe there should be good for us to #bringyourdogtoworkday !

Sharp-nosed doctors can recognise diseases by their smells: People with typhoid fever often smell like freshly baked bread, and tuberculosis sufferers give off a stale and sour smell from their lungs.

Even cancer cells have a faint smell, so minuscule that human noses can't detect it. That's where dogs come in or more importantly, their heightened sense of smell.

Researchers have begun training them to recognise the chemical smells produced by cancerous, unhealthy tissues. The most well-trained pooches can sniff out skin, breast, bladder and lung cancers with almost unerring accuracy

Dog nose are very sensitive, when our noses have 6 million sensory receptor sites, a sheepdog's nose has 200 million and a beagle's nose has 300 million...

Recently (21 February 2017) the French Institut Curie, with the project KDog, presented in front of the Academy National of Medicine, a phase of more than encouraging testing on the effectiveness of canine smell in breast cancer screening. Indeed, the results obtained by Thor and Nikios (the two detector dogs participating in the tests) reach 100% success after six months of training at the Magnac-Laval site (87).

Dogs are trained to "spot odorous compounds" for detecting cancer on a sweat-impregnated wipe or tissue taken from a subject. To do this, a woman carries a piece of tissue for a few hours on her breast and then sends it to a laboratory so that the dogs can come and proceed to the analysis of the sample.

The KDog project aims to prove the effectiveness of sniffer dogs in the detection of cancers and then trivialise this device.

If the project was to focus on the need to simplify the diagnosis of breast cancer, given the excellent results achieved over the last six months, the team would extend this method of screening to all types of cancer, including ovarian cancer, said the Institut Curie.

Our furry friends have the power of Love & Saving life.Yes DOGTOR.. With their magic nose!

They give to us the best, so they deserve the best.. Like a stunning portrait hanging in your wall as Nobel prize should have his place! 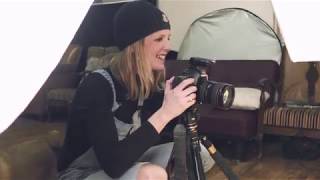 Behind the scenes of the studio E5 Dog Photography in London

Our Dog is a Dogtor… Sciences proves it!

How To Travel Without Your Dog – Without The Guilt, Worry or Sadness